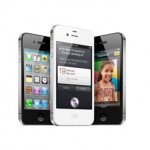 After waiting beyond the normal two-year cycle for a new iPhone and weighing the AT&T vs. Verizon decision, I upgraded my iPhone 3G to an iPhone 4, staying with AT&T in April. At the time, I was hedging my bet that a) there wouldn't be a new iPhone in June (I wanted the new phone to take with me on my vacation to Washington DC and New York, mostly to use to take photos), and b) the new iPhone when it was finally released wouldn't be that much better.

I think I won on both accounts with yesterday's announcement of the iPhone 4S.

While the addition of Siri is pretty cool, I wonder how much it will actually be used. The better camera is a great addition too, but not a deal breaker for me.

Overall, I was more interested and am more excited about iOS 5 and what that will bring to the iPhone. Back in June, I wrote a post about what I'd like to see in iOS 5. I'm pleased that at least some of the features I identified as wanting will be there. Reminders look great, especially since they are location aware (hopefully it won't kill the battery!) and I'm excited about the notification center and iCloud (or at least the potential of iCloud). I was disappointed that iMessage wasn't a true IM client. How hard would it have been to add iChat integration into it?

In any case, for those interested, here's a link to an Apple page comparing the different phones now available, and a chart from Huffington Post comparing the iPhone 4 to it's 4S counterpart:

The bottom line here is the iPhone 4 is still a good phone. The iPhone 4S brings more power, but overall, it's a minor upgrade (today).

What worries me is if this phone is so much more powerful than my iPhone 4, what may be on the horizon are applications that will either not be available for my phone (i.e. Siri) or will make it crawl as my iPhone 3G did prior to being replaced.