Blog: Your milage may vary

Your milage may vary 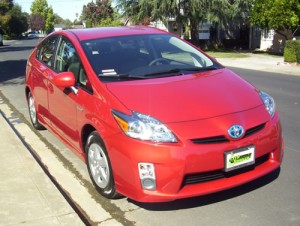 Now 3,000 miles into my new Toyota Prius, I couldn't be happier. Sure there have been issues with not being able to stop by some or the car going without the driver wanting it to, but my 2010 Toyota Prius seems to hum right along.

As for milage, my attempt at using the Eco mode as I said I would actually saw just about the same miles per gallon as I had gotten previously., a worse result than I expected. I'm thinking I drive at least as good as the Eco mode "makes" me drive, so having it only only frustrates me when I step on the "gas".

Overall in the first 3,000 miles, I've averaged 46.7 MPG (49.6 MPG if I look at the Trip B measurement in the car, which I have not reset since I picked it up and 51.1 MPG if I look at the average of the displayed MPG in the car at the end of each tank). Basically right around the 45-50 MPG I had hoped for when I purchased the vehicle. Hard to argue with that sort of milage!

Now for the upgrade... I have had two weird incidents which I hope will not happen again. One when I had to stop from freeway speeds where it felt like the breaks just were not there. The second when leaving a stop with my foot on the break, the car lurched forward. Neither have happened again, but hopefully the "upgrade" will make it so they don't.